Thinking in a five division is, in a practical sense, the ultimate extension of the human mind. Any higher division – although possible on an intellectual level – is too far away from the material world to be of any use. The distinction between pure division thinking and the numerological approach should be clear at this point. The former relates to a corpus of interactions in which every compartment contributes to the operation of the whole. The latter is only a distinction in the number of contributors, without any internal structural relation to the whole, except in certain features.

The Pythagoreans (described by Plato in the Timaeus) were attracted by the five regular geometrical solids, as found in certain crystals, and regarded them as fundamental building stones (of a tangible world). 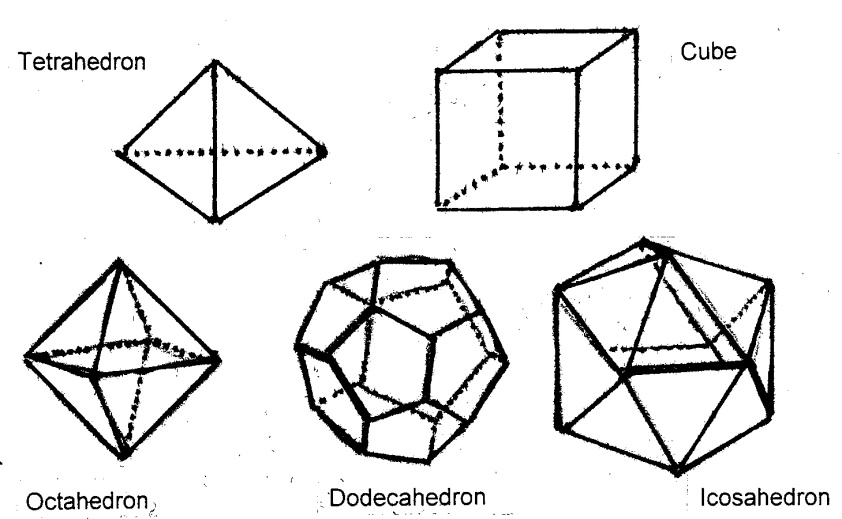 The ‘Platonic’ solids or regular polyhedra are polygons whose vertices and faces are all of the same type. In three dimensions there are only five regular polyhedra: the tetrahedron (number of faces 4), the cube (6), the octahedron (8), the dodecahedron (12) and the icosahedron (20).
Plato (in the Timaeus) associated the cube with the four-squareness of the earth, the tetrahedron with fire, the icosahedron with water and the octahedron with air. The dodecahedron (12) was, according to Plato, for ‘embroidering the constellations’, pointing to the zodiac and the cosmos.

The Chinese culture also ventured in the terrain of the five-division. The way of classifying things by fives was already given in the famous Tao Te Ching and the Shu Ching (the Book of History), both of uncertain date and authorship. The actual theory of the five elements was provided by Tsou Yen (c. 350 – 270 BC), of the Ying-Yang or ‘Cosmologist’ School. He was seen as the founder of Chinese scientific thinking, the latter so thoroughly described by Joseph NEEDHAM (1954/1988; RONAN, 1978/1986).

The four cosmological elements (wood, fire, metal and water) are jointed in the center by a pivotal unit, the earth (fig. 11). This setting leaves a flexible, but uneven configuration of (sub) units. The pentagonal division has this unbalanced character in common with the three-division, but the wider symmetry pattern around the centre compensates for the small scale of triple thinking. The deep and rich world of the five division will, at this point, not further elaborated. 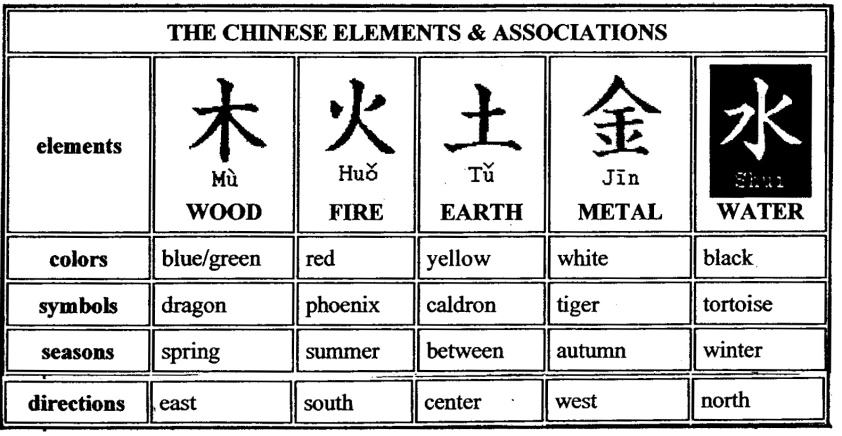 Fig. 11 – The five elements in the Chinese culture, as established by Tsou Yen in the third century B.C. offer the theoretical foundation to introduce the five-fold way of thinking. The elements are related to colours, symbols seasons and directions.